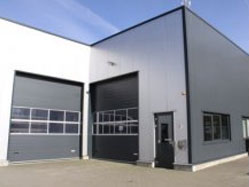 Leading crate rental specialist Pluscrates has opened a new operations depot in central London as part of its preparations to deal with increased traffic congestion during the Olympic Games. The new centre in Bermondsey SE16 will accommodate up to 10,000 crates and act as a staging post for deliveries in the City and Canary Wharf areas of London.

Around 50% of Pluscrates’ national business is within the M25 and of that 60% is in the Square Mile and Docklands, some of the most difficult areas in the country to make deliveries, even without the Olympics. Because of severely restricted access and parking, Pluscrates uses small 7.5 tonne vans to deliver crates from its headquarters in Wembley, which often means having to make return trips to complete an order – a journey that can take around two and a half hours. Having a storage facility in the centre of town will mean same-day deliveries – which on average took up to five hours – can now be completed in about half that time.

“Although the Olympics were the catalyst for opening a central London depot it’s something we’ve been considering for quite a while,” said Pluscrates’ Managing Director John Mitchell. The new facility will cut our journey times, reduce carbon emissions and above all improve the service we give our customers.”