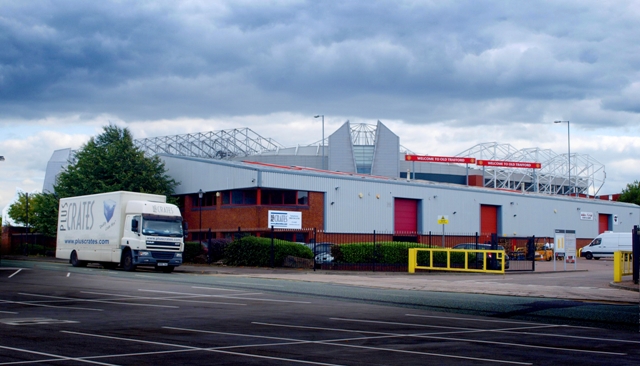 Crate rental specialist Pluscrates has moved its Manchester depot into new larger premises at Trafford Park. The new 9,000 sqft depot is adjacent to the famous Manchester United football stadium; in fact Pluscrates is now the Club’s tenant. Having such a prestigious landlord did present an initial problem as Director Nick Flaxman explained. “The documentation to allow us to move into the building had to be signed by one of the Glazer family and they were hardly ever in the country. Because they were legal documents we couldn’t use electronic copies, so we had to wait until one of them came to the UK, and that took about three months,” said Nick.

The new Trafford Park depot is almost twice the size of the old unit and will allow Pluscrates to further improve its services in the North West.
Recently Pluscrates expanded its operations from its traditional market of commercial relocation into the retail sector. The move followed an increase in demand by retailers for environmentally friendly re-useable packaging systems – Returnable Transit Packaging (RTP) – in preference to traditional one-trip consumable alternatives. RPT containers also give better protection to goods in transit and are more cost effective. The new tote rental service is particularly popular with retailers during short-term spikes in activity during peak trading periods.