Commercial Mover of the Year 2015 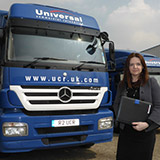 Congratulations this year go to Universal Commercial Relocation – The 2015 winners of the Commercial Mover of the Year competition.

John Mitchell says “Neil McGuigan and I had the good fortune to have worked with Bill Murray shortly after he launched UCR in the late 1970’s. We’re sure that Bill will have been delighted to see how his daughter – Sarah Cole – has taken UCR forwarded, enhanced it’s quality and it’s stature within the industry and had that good work recognised at the British Association of Removers conference, in Belfast, as winners of CMoTY 2015.
John Mitchell
Managing Director

Pluscrates have sponsored the CMotY award for the last three years and have seen a consistent high quality of both entrants and winners alike. This year John Mitchell was on hand, kilt at the ready, to hand over the award to Managing Director of Universal – Sarah Cole.

“It’s great external recognition of all the hard work of our team.” says Sarah. 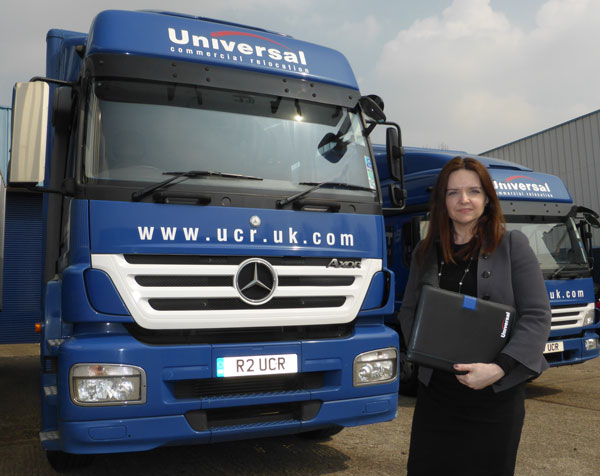 Universal is a family business, established back in 1978 by Sarah’s parents, Bill and Mairead Murray. A company who share a similar ethos as Pluscrates, putting the customer first and delivering a top quality of service at every level.